Passenger operator VIA Rail Canada said on Tuesday it would soon resume partial services between Quebec City and Ottawa while the government sought to end anti-pipeline protests that are blocking rail freight in eastern Canada.Read more about it here. 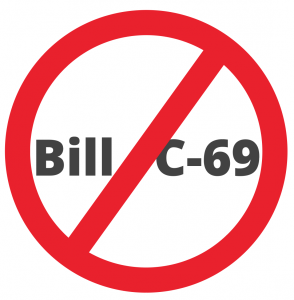 Suits and Boots is a grassroots organization that brings together business people from across Canada to support and defend Canada’s resource industry workers and their families. Bill C-69, known as the “Impact Assessment Act”, is the federal government’s attempt to impose new “environmental assessment” measures on Canada’s resource sector. Suits and Boots has listed 10 reasons that Bill 69 must be killed to prevent further lengthy delays to in Canadian pipelines, mines and other resource infrastructure. Read the article here and consider joining Suits and Boots to receive daily emails on with senator’s names, phone numbers and email addresses so that you can pass on your views on Bill 69.

In a stunning blow, the Federal Court of Appeal has quashed the government’s approvals to build the Trans Mountain expansion project — a major victory for Indigenous groups and environmentalists opposed to the $7.4-billion project. Read more about it here.

As Premier Rachel Notley threatens to assemble the ultimate weapon in the pipeline fight — legislation to throttle back oil and gas shipments to B.C. and, potentially, the rest of Canada — the energy industry is divided on the tactic. Read more about the potential bill here.

The B.C. government is putting the Canadian economy and environment at risk. We need you to take action. Please take the time to sign the petition located here.